How Coca-Cola Can Help Make 'Zero Waste Cities' a Reality

How Coca-Cola Can Help Make 'Zero Waste Cities' a Reality

Can we imagine "Zero Waste Cities"? Through the World Without Waste vision, Coca-Cola believes that with partnership, new mindsets, innovation and determination, this seemingly unachievable ambition can become a reality.

The company recently launched a new community legacy program, "Zero Waste Cities", at the 83rd Thessaloniki International Fair in Greece. This is one of the biggest international business fairs in the Balkans, welcoming more than 200,000 visitors.

The long-term program aims to make Thessaloniki, the second-biggest city in Greece, the first city in the country with the potential to become a zero-waste municipality. Coca-Cola plans to roll out the program to other cities in Greece and Europe with the aim of becoming a movement towards a new, better way of urban living. Zero Waste Cities is a true "golden triangle" program, involving and engaging local authorities, environmental NGOs and innovation partners.

This ambitious plan of action aims to accelerate the behavioral change required to make the circular economy and recycling part of people's hearts, minds and everyday routines. Coca-Cola aims to achieve this by using innovative technologies that are easily accessible and engaging for people of all ages, while at the same time identifying and addressing the infrastructure required and the barriers preventing progress. 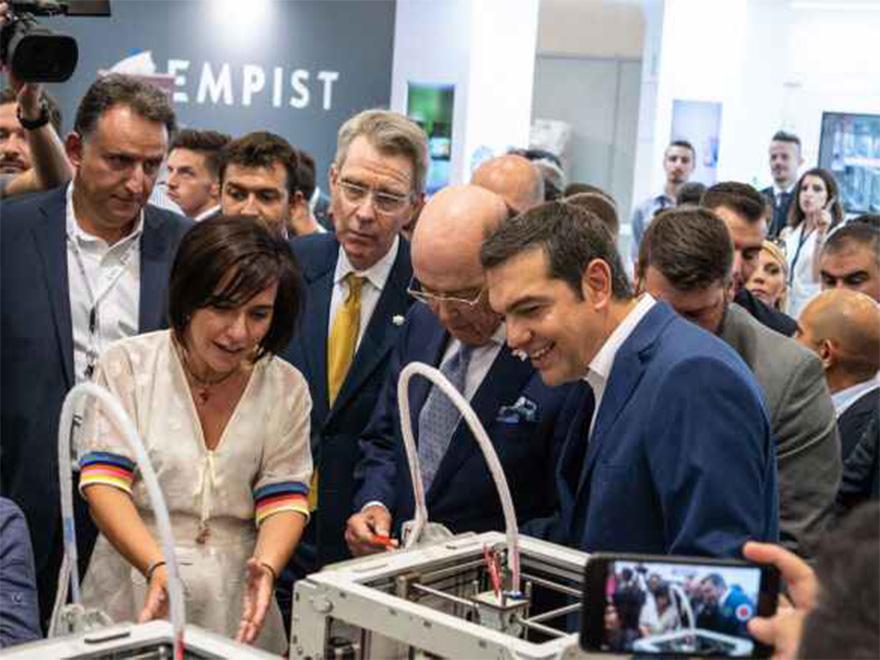 The program focuses on intervention, education and behavioral change by turning recycling into a meaningful and fun activity. The key components are:

“Print Your City”, a disruptive initiative that converts plastic waste into useful items through 3D printing technology. The first 10 pieces of functional urban furniture have been placed at the Thessaloniki seaside. In the program's second stage, people will be able to indicate via an online app what other useful objects will be 3D printed and installed in various neighborhoods across the city.
"Recycle at the Beach", a program funded by The Coca-Cola Foundation, which is already underway. It aims to clean up the coast of Thessaloniki, boost awareness for recycling and educate people on how to recycle – all in an engaging and fun way.
An interactive recycling and circular economy center in the city center where, through an experiential end-to-end approach, Coke will educate people and schools on the values of the circular economy and a new approach to waste management.

Commissioning the first-ever prevention study on how the city can better handle its waste and actively participating in how the outcomes of this study will be implemented.

Press Conference for the launch of “Zero Waste City” initiative

Sustainability in the Spotlight

A Coca-Cola kiosk at the Thessaloniki International Fair offered visitors an experiential journey reflecting the company's values with four different stops: the history and socio-economic footprint of the Coca-Cola system in Greece; the company's diverse and innovative portfolio in our journey to become a total beverage company; a live demonstration of how the company is putting the World Without Waste vision into action through the "Zero Waste Cities" program; and the Coca-Cola Pop-Up Store, where visitors could buy Coca-Cola collectibles, including exclusive 5by20 products made with recyclable materials and created by women who participate in initiatives supporting woman entrepreneurship.